September 24, 2013
Hey everyone! Sorry I've not been posting much, again... Anyway, today I've got another awesome guest post from Katie Dale to celebrate her new book, Little White Lies! 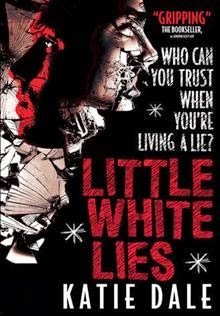 LITTLE WHITE LIES
Gorgeous Christian is a mystery. Why does he dye his hair, clam up whenever Lou asks about his past, and have no family photos?
But when Christian’s secret is publicly revealed, Lou finds herself in terrible danger – and keeping secrets of her own…

As lie follows lie, nothing is as it seems, and soon Lou finds herself ensnared in a web of deceit, her loyalties torn, her emotions in tatters as she faces a heart-wrenching dilemma: should she shatter the lives of those she holds dearest, or betray the guy who, against all odds, she's fallen in love with?

A lot of things that have happened in my life have somehow made their way into my novel, Little White Lies. But can you guess which ones…?

Which of these statements do you think are FACTS and which are pure FICTION…?

Answers below – no peeking!

1) Just like Lou, I studied English Literature at Sheffield University.
2) Like Lou, I met my now-boyfriend at university – by spilling coffee all down him!
3) My boyfriend is also called Christian.
4) Like Lou and Kenny I went to boarding-school for sixth form college.
5) Like Lou and Christian, I have a fake ID.
6) Like Poppy, I own a Maple-leaf shaped USB necklace.
7) Like Poppy, I once started knitting a cardigan for a baby and it ended up way too big!
8) Like Lou, I used to go jogging every day before lectures to check out the hot guys.
9) Like Lou and Christian, I once snuck out of a window on a rope made of tied-together sheets.
10) Like Lou, the first time I rode on the back of a motorbike I nearly fell off!


1) FACT! – English Lit was always my favourite subject, but when I started at Sheffield uni I was shocked both at how ridiculously hilly it is, and at how far away it was from my home in Sussex – geography’s never been my strong subject!

2) Partly factual – I did meet my now-boyfriend at Sheffield uni, but not by spilling coffee down him – we got talking because he had Tigger slippers and I had Tigger pyjamas (though actually I’d borrowed them from my sister!).

3) Almost factual! – My boyfriend is called Christopher, not Christian – so they’re both Chris for short!

4) FACT! – My dad’s a biology teacher at a boarding-school, so after I won a scholarship I went there for
sixth form college as a day girl. Like Lou, I found it both wonderful and frustrating – there are no secrets at a boarding-school as gossip spreads like wildfire!

5) FACT! – When we went to Thailand both me and my boyfriend thought it’d be fun to get fake IDs on Khoa San Road – they’re incredibly realistic!

6) FACT! – It’s brilliant. When I do author visits I just store all my data on my necklace and plug it into a computer when needed – stylish and useful. Plus if it’s round my neck I’m much less likely to lose it!

7) FACT! – I spent AGES following a pattern and knitting this little cardigan for my new baby niece, but the stitches turned out way too big and so the garment ended up ENORMOUS. I was totally gutted as I’d spent hours working on it. But on the plus side it does now fit my huge teddy-bear. :)

8) FICTION! – The LAST thing I’d ever have the willpower to do is to go jogging before lectures. Morning + jogging = ugh! Worst combo ever. I did enjoy checking out the hot guys on my way to lectures though. :)

9) FICTION! – though I’d LOVE for it to be true! Whenever I read about it in Enid Blyton stories I always dreamed of escaping down a knotted rope. Though knowing my knots it wouldn't hold at all and I’d tumble to the floor. I did once sneak out of my boarding-house window though…(ground floor).

10) FACT! – The first time I rode on the back of a bike was for a film audition and I didn’t know the guy (the director) driving the bike, so like Lou, I held on really loosely – and nearly landed on my bottom on the road when the bike roared off!

How many did you get right? I got about 6 right in the end, I think :) 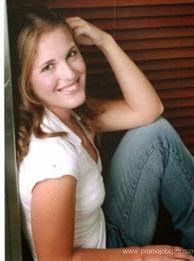 KATIE DALE
An actress as well as an author, Katie loves nothing more than creating characters - both on page and onstage. She kept her parents happy by getting a “proper degree” in English Literature at Sheffield University, before finally going to drama school, then whilst she was on a belated gap year travelling through South-East Asia she found out she’d been chosen as a winner of the SCBWI Undiscovered Voices competition with the her first novel, the emotional rollercoaster SOMEONE ELSE'S LIFE, which launched her writing career, and is now published all over the world. LITTLE WHITE LIES, her second novel, has just as many twists and turns, but is more of a thriller...
Website: katiedaleuk.blogspot.com
Twitter: @katiedaleuk

Thanks so much to Katie for this post! It was so much fun :) Little White Lies is out now so you should definitely go and grab yourself a copy!