Welcome to my stop on the Countdown to 5th June blog tour! Today I've got an interview (with a twist!) from Tom Ellen and Lucy Ivison, authors of LOBSTERS, which, just like all the other books featured on the blog tour, is coming out on 5th June! I've been lucky enough to read it already and it's FAB and so funny, and this post will give you a taste of what to expect from the book itself (you can also read an extract here). 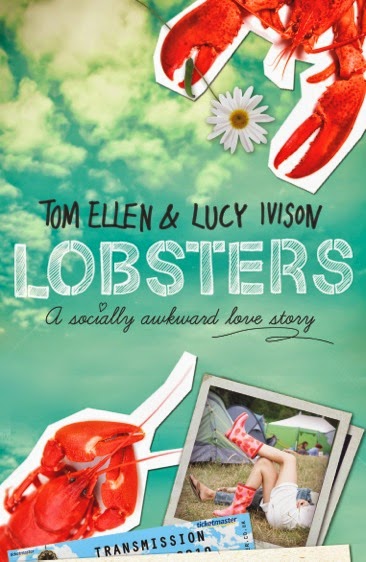 I gave the authors five awkward situations that one might find oneself in at some point. Each author wrote an answer, sharing how they would react.

You fall over in public. There is underwear on show. Everyone saw, but no one helps you. What do you do?

LUCY: Style it out. Pretend you totally meant to fall over. Roll around on the pavement a bit for good measure... and then when there is a lull in spectators get up and RUN.

TOM: Jump up immediately and start confidently speaking to an imaginary cameraman 'hiding' in the nearest bush. Say: 'Right, well, you saw it with your own eyes, folks - this secret experiment we've just conducted for our new hidden camera show proves it: the general public are simply NOT willing to help out a stranger in distress. Even - EVEN - when that stranger falls over so dramatically that he displays his own underwear. What sort of a world are we living in, eh, folks? Terrible. Tragic stuff. Join me after the break, when I'll be tumbling down an escalator in a busy shopping mall to see if today's consumers really are as heartless as they would appear'.

You are walking down the street, when you see someone you know but generally try to avoid. You turn your head and try not to be noticed, but they see you and come over to chat. You find this person really irritating. You try to be subtle and get rid of them but they are not getting the hint and won't leave you alone. What do you do?

LUCY: Drop in the odd occasional hint that you are completely bonkers. Do an unexpected sloth impression, growl at passers-by and insist they dance with you whilst you sing Under The Sea really loudly. Eventually they will make their excuses. If not, why don’t you like them? They sound fun.

TOM: Try this: set an alarm on your phone that will go off, say, every 15 minutes between the hours you might encounter someone you generally try to avoid (say, 9am to 6pm weekdays, 10am to 1am weekends). Make sure this alarm is set with a tone that sounds like a ringtone, rather than a standard alarm. Then, when you do, inevitably, end up in a conversation with someone you generally try to avoid, you'll be buoyed by the knowledge that you will only have to bear, at most, 15 minutes of their company before your 'phone rings' and you 'answer it' to receive 'a call' that's 'really important' and requires you to end the annoying conversation now. There are two obvious downsides to this plan: 1) you'll have to put up with your phone going off every 15 minutes, and 2) this idea won't work on an underground train (which is where, in my experience, most annoying awkward conversations end up happening). But, other than that, it's foolproof. I don't actually use this method myself in real life, obviously (I'm not a maniac), but it's just occurred to me, and it seems pretty solid. If anyone would like to try it for a few days/weeks and let me know how it works out, that'd be great.

You've finally got rid of your irritating acquaintance when you realise there's a girl in front of you with her skirt tucked into the top of her tights, displaying a full view of her underwear. The girl is wearing headphones and hasn't seemed to notice things are getting a bit breezy. Others have noticed but they don't say anything. Will you be the one to tell her and how?

LUCY: No, I would tuck my skirt into the top of my tights too as a show of support for the sisterhood and start a bum tight revolution. Or if I didn’t have the courage to do that, give her a meaningful look which she would instantly know means ‘Your skirt is in your 60 deniers missus’.

TOM: No, as a man, I would feel slightly uncomfortable passing on this information. I would, perhaps, alert the nearest woman, point out the skirt-in-tights situation to her, and ask her to relay the information to the unfortunate girl.

You get uncontrollable giggles half way through a performance of a really sad play. Everyone around you is sombre but you can't stop laughing. Even the actors have noticed and it's putting them off. What do you do?

LUCY: Slyly reach for your handbag and squirt some perfume into each eye. They will think the howling is a terrible allergic reaction or that you are moved to A LOT of tears by their outstanding performance.

TOM: Simply laugh harder and harder, until tears are streaming down your face, and then pretend you're actually crying at the moving portrayal of sadness and tragedy taking place before your eyes.

Your friend tells you that another friend is pregnant. You'd been suspecting but didn't want to say anything just in case they weren't. You go up to them and ask them when the baby is due, but it turns out your friend meant a different person and the person you asked had just eaten a little too much. What do you do?

LUCY: Lean in and whisper to them ‘Obviously I know you’re not pregnant but I am employing Sherlock style sleuthing. Someone in this room is and has just given themselves away. See how shifty Mavis looks right now? She’s the real preggers alright. Thanks for helping out.’ 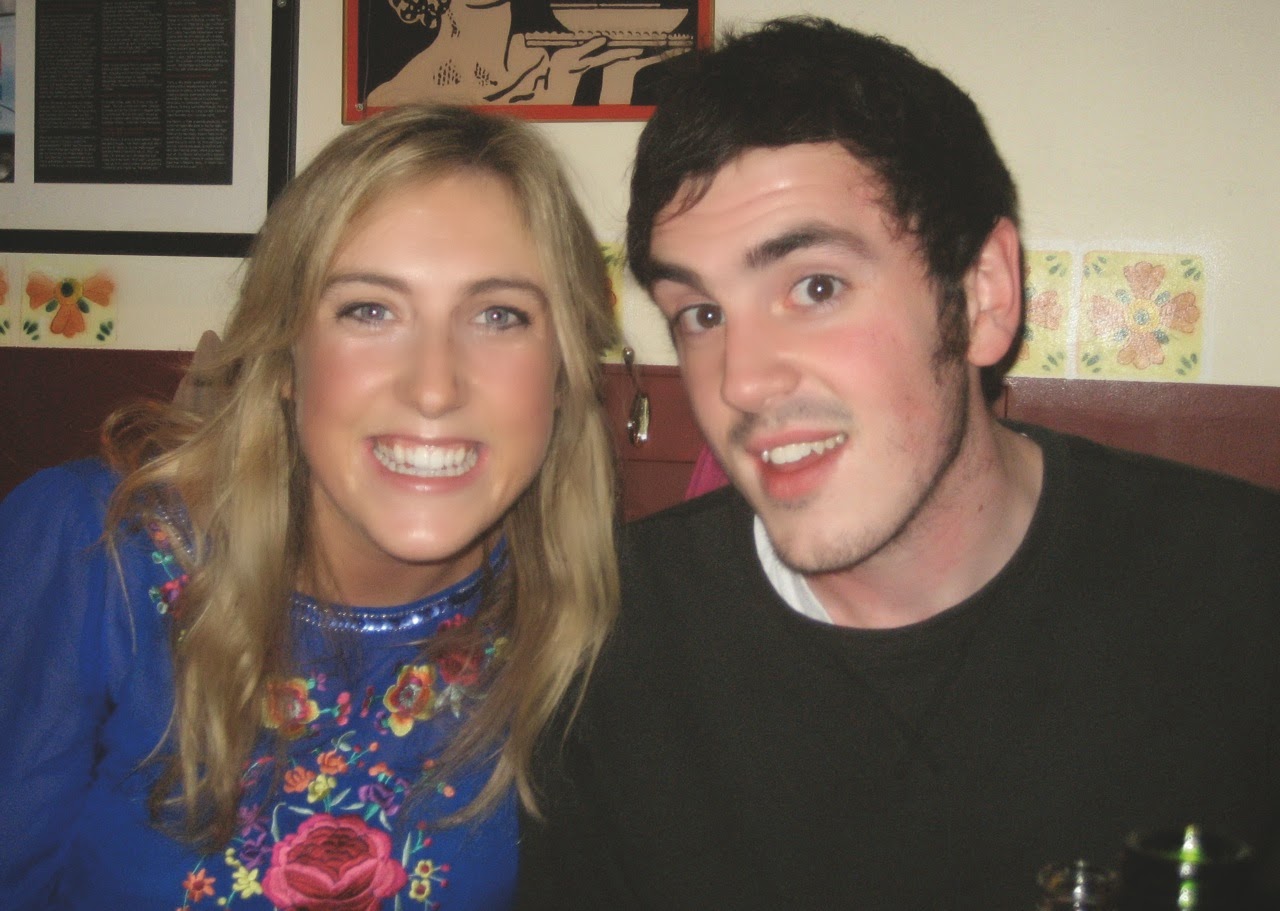 Tom Ellen and Lucy Ivison are co-authors of Lobsters, which is published by Chicken House on 4th June. I want to say a huge thank you to both authors for this, and also to Jim for hosting this blog tour and all others involved in organising it! Do make sure to look out for LOBSTERS in shops on 5th June as you won't want to miss it!

Tomorrow's stop on the Countdown to 5th June blog tour is Ellie Irving at Wondrous Reads, and to see more of the posts from the blog tour, you can visit the schedule and check out the website!