November 07, 2011
So, I just got an email from Random House with new covers for both of Lauren Kate's new books coming out in 2012! The first one is Rapture, which is book 4 of the Fallen series: 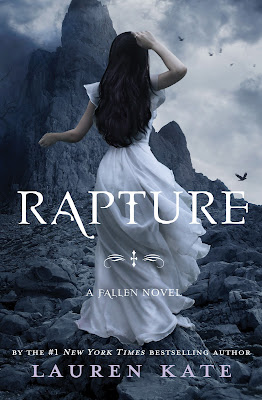 I really like this one - I really like how it's sort of gone back to the theme of the first two covers, how it is all blue and white, or colours from a similar colour scheme instead of lots of different colours like Passion was... If that makes sense. I also like how on this cover she's wearing a white dress instead of a black dress, so I'm wondering if that has any significance... 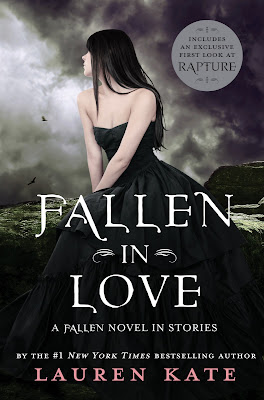 I really like this cover too. ALL of Lauren Kate's books have beautiful covers. I love the simplicity of them, but yet they look so effective. I really like the greens and purples on this cover, and while it looks very similar to the Fallen series covers, it's not quite the same, and if you look carefully there are subtle differences between this and the series which tell you it's not an actual main book in the series. I think it's gorgeous - and my one complaint is the sticker! I hate stickers on books, so hopefully, it won't be printed on the front, and I'll be able to peel it off!

What do you think about these covers? Let me know in the comments!