June 07, 2018
Good morning! I have finally finished my degree (woohoo!) and so I (should) have all the time in the world for reading and blogging now! Here's a review of the final book in a series that I always love to read when I'm revising... 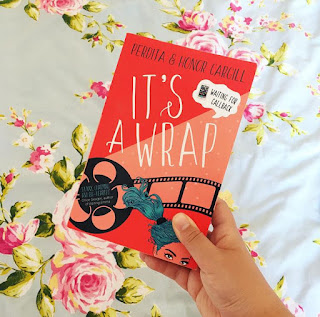 Read on for why I enjoyed this so much! 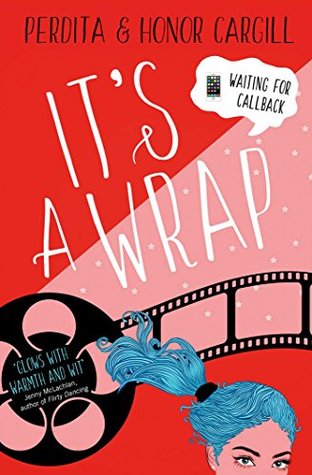 Title: It's A Wrap
Author: Perdita and Honor Cargill
Series:  Waiting For Callback, #3
Pages:  351
Publisher: Simon and Schuster
Date of Publication: 31st May, 2018
Source: Author
Synopsis from Goodreads: Elektra James is back and her life is more hilariously chaotic than ever!

Elektra is hoping for BIG things this year... She's finished her first feature film (even if her character was unexpectedly killed off half-way through filming), hosted the party of the year (well, before her mum arrived and threw everyone out - how embarrassing!) and managed to become Archie Mortimer's Actual Real Life girlfriend (for now anyway...), so things are most definitely moving in the right direction. But with social media to navigate (#actinggoals #instanightmare), GCSEs looming and a seemingly never-ending parade of failed casting calls, Elektra's road to acting stardom is proving to be as rocky as ever.

Full of humour and warmth, this is the perfect series for fans of Holly Smale, Katy Birchill, Beth Garrod and Marianne Levy.


This book is book three in the Waiting For Callback series, so if you haven't read the first two books please read on with caution (I won't be overly spoilery though!). Click here to read my review of the first book, Casting Queen, and here to read about Take Two.

My Thoughts:
If you've been reading my blog or Twitter at all over the last two and half years, you will know that I am a big fan of the Waiting For Callback series. Elektra James is one of my favourite teen protagonists, I always love getting stuck into her world that is half school and GCSEs, and half acting and glamour and red carpet... Supposedly. In this book, Elektra has finished filming RAW, her first feature film, but it's been slated by the media to be terrible, so this book follows her publicity for the movie, and trying to get through her GCSEs.

I was a little apprehensive about starting this as I read the first two books so long ago and I was worried I wouldn't be able to remember what had happened. But the book opens with a 'story so far' section with a lowdown on all of the characters, which was very useful, and once I got into Elektra's voice again it all came rushing back. There's something about her voice that I really connect with and so it clearly has stuck with me, which is great! As with the other two books, there are also emails and newspaper/blog clippings throughout that add an extra level of narrative which I always really enjoy.

Elektra is great in this book and there are lots of genuine laugh-out-loud funny moments. With the help of a PR agency she's trying to build a brand for herself on her social media in the run up to the release of RAW, and it's not going well - some of the things she posts and says made me chuckle even though I was cramped on a train and it was really quiet while I was reading :P There's also a hilarious incident involving a chicken fillet and some jelly/fake food that had me giggling like crazy so if you need something to put a smile on your face this is the book for you!

I don't want to say much more in case I let loose some spoilers from the previous books, and a lot of what I've already said in my reviews of the previous books (see links above) is relevant here too. So I shall end on a high - I really adore this series. Each book's release has been timed perfectly to coincide with my stressful exam periods and uni deadlines, and so they have been the perfect comic relief and fun just when I needed them. I cannot recommend a better series of classic UKYA to keep you occupied over the summer, so next time you're in a bookshop, do think about picking them up!


*Huge thanks to Perdita for sending me this! In no way has this affected my opinion of the novel. 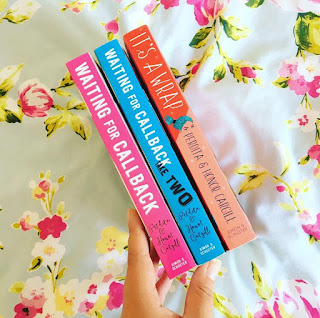 Have you read any Waiting for Callback books? What did you think?