July and YALC wrap up!

August 03, 2018
Hello all! This month I'm going to combine a July wrap up with a YALC wrap up because all of my reading this month ties in with YALC so it just makes sense. Also, I'm currently suffering from whiplash (I flew over the handlebars of my bike and slid down a hill on my front) and therefore have plenty of time while resting to write a fairly lengthy blog post.

I will start with the books I finished reading in July! You may have seen I challenged myself to read as many books from YALC authors as I could before the weekend, and while I only managed to read 7 I was quite proud of myself! The ones I read in July were...


I really enjoyed all of these books! All These Beautiful Strangers is a thriller mystery that unravels slowly and kept me guessing and absolutely hooked the whole way through. Floored was an interesting idea that was executed really well; you can read my review here. Clean was my favourite of the month, I was blown away but how much I enjoyed it! Lexi is someone IRL I'd usually avoid at all costs, but Juno made her human and vulnerable and I ended up loving her and rooting for her recovery. If you still need more convincing, I wrote a review of this here.

I don't normally read fantasy books because I never really enjoy them, so The Smoke Thieves surprised me with how much I liked it! I still wouldn't say that I was a particular fan of fantasy, but I'm definitely more open to it as a genre, so if you have any good recommendations for fantasy beginners, please leave me a comment below! Finally, a very quick read, Bookshop Girl was a lot of fun! I am also currently working in Waterstones Canterbury in the cafe, and have been a bookseller in the past and so I found it very relatable and enjoyable. I will be aiming to review the ones I haven't yet reviewed in the coming month! 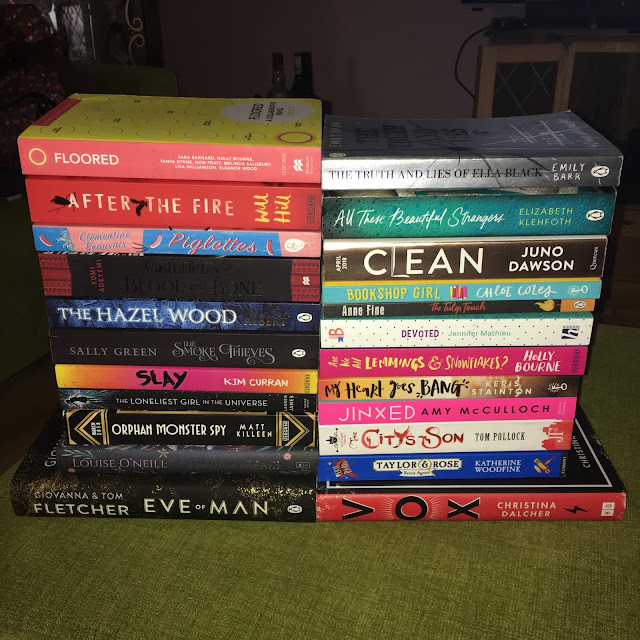 Next I would normally post what books I bought this month but I have no idea tbh! As a new employee of Waterstones I received my discount card this month and so I bought a LOT of books, and then with YALC too I also had no self control... Instead I will share this picture of my YALC books, as a lot of them were new purchases and it includes all the books I bought/received at YALC too.

Of my newest books, I'm particularly excited to read The City's Son by Tom Pollock, which was personally sold to me by the excellent Non Pratt, as well as Jinxed by Amy McCulloch and Vox by Christina Dalcher, both of which I purchased early at YALC. I'll be making a special effort to read these in August!

Finally, here's a little about what happened at YALC!

If you don't know, YALC is the Young Adult Literature Convention that takes place every year at London Film and Comic Con. It was last weekend, and it was super fun. There were lots of authors present, doing panels and signings, and lots of publisher stands selling books and giving away swag and some coveted early proof copies. I've been every year since it started, and I always look forward to it to catch up with all of my favourite bookish people. Sar from Reading to Recover and I attended all three days; here are some of my highlights! 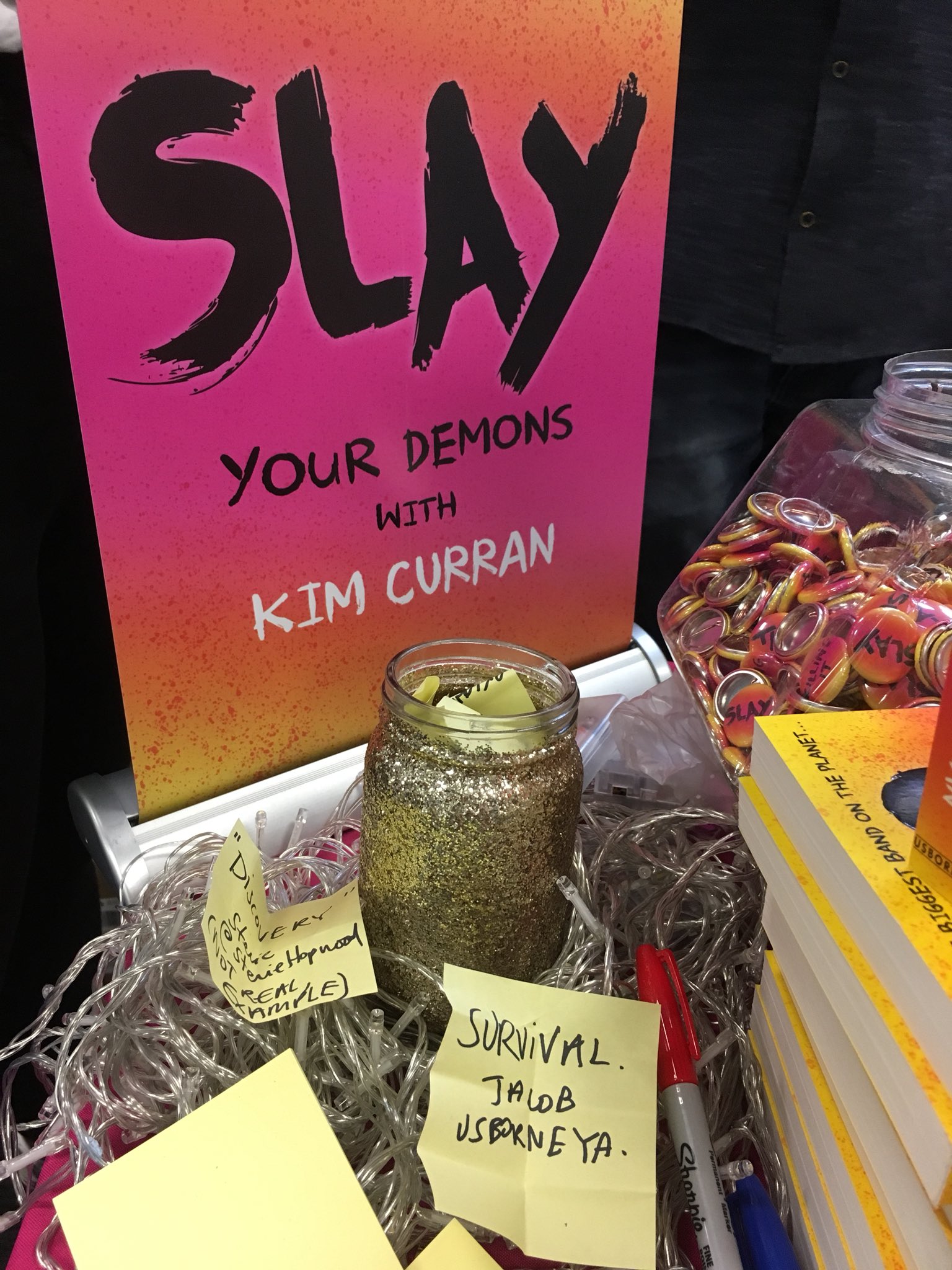 1. Friday: SLAY Day and Chloe Coles! Friday was SLAY Day on the Usborne stand and so I got to properly meet Kim Curran and chat for a while which was really fun! I was a big fan of Slay, you can read my review here. I also went to a panel with Chloe Coles, Chloe Seager, Annalie Grainger, and Beth Garrod. This was really interesting for me because I want to get into publishing as a career. I also then met Chloe Coles after for a signing and she was really friendly! I often am nervous meeting an author and never know what to say, so she made me feel really comfortable even if we only spoke for a few minutes!

2. Floored pub quiz book launch! This happened on Friday evening after the first day. We were split into teams with one of the Floored authors as team captain; I was on Non Pratt's team, Non the Wiser, with Sar, Donna, Lucinda, and Alice. We felt it was going terribly so we were just there for the fun but it turns out that actually, we won! It was so much fun, and a great way to launch the book. 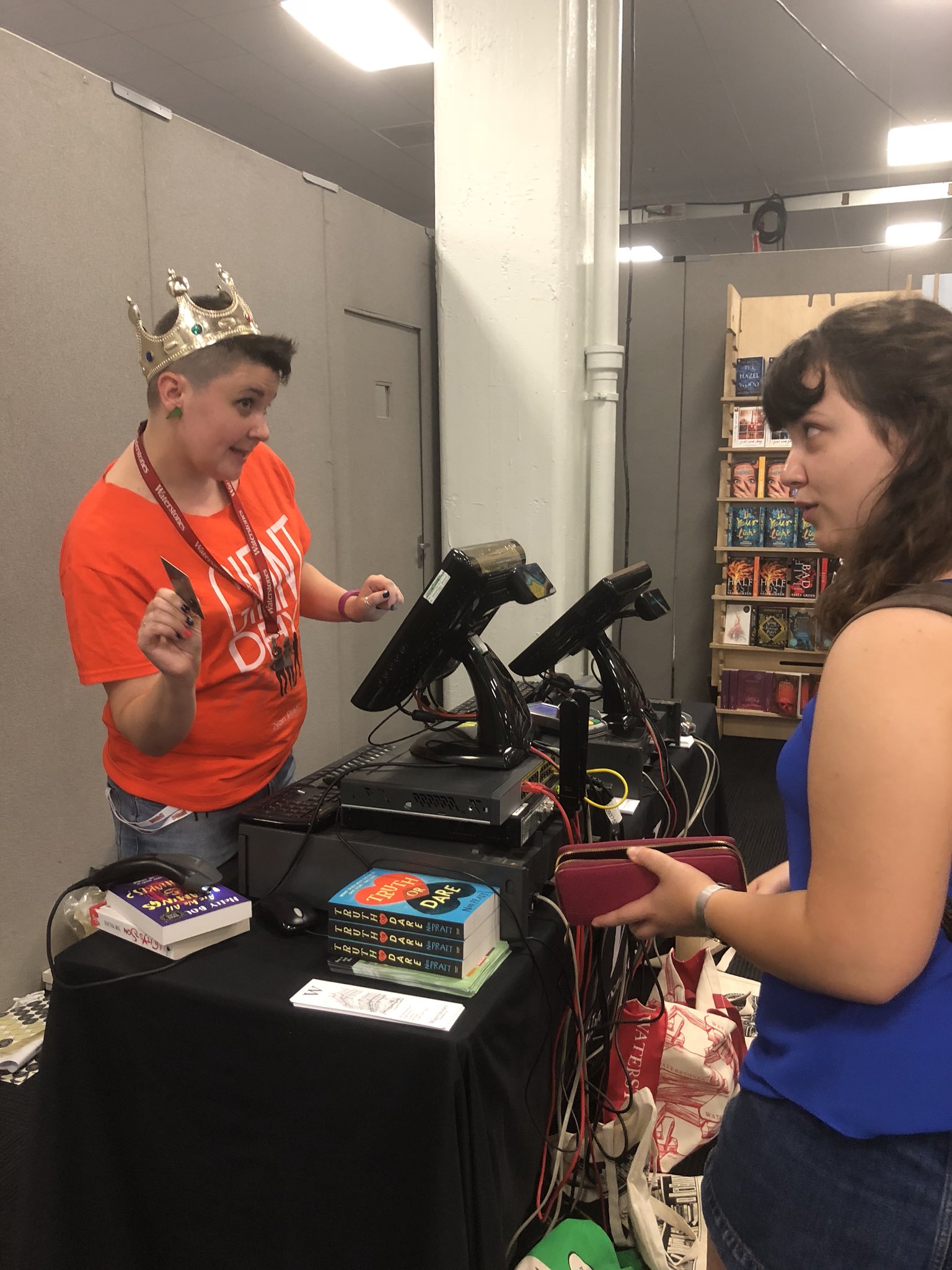 3. Non Pratt selling books. Some of the YALC authors spend some time selling books as guest booksellers at the Waterstones pop-up stand, and so Non recommended me some fab books! Most of them I had already read and loved (which must mean that she would be v good at being a bookseller) before we finally settled on The City's Son by Tom Pollock. Then I threw a spanner in the works when I paid with my Waterstones discount card - and @HSKWaterstones on Twitter snapped this hilarious pic of the transaction lol. V much looking forward to reading The City's Son!

4. Meeting Tom and Giovanna Fletcher. Shout out to my good friend Alfie for getting me a ticket to meet these two! They were so nice and down to earth, and I'm currently half-way through Eve of Man and really enjoying it!

5. Meeting Will Hill. After the Fire was my favourite book I read last year, and despite it's massive size and me being on holiday and v busy I managed to read it in about 24 hours. I was super excited to meet Will and he was so friendly, it was great! Definitely a great way to end my YALC weekend!


So I think that's it for my July and YALC wrap up! Well done if you made it all this way!


What books did you read this month? If you went to YALC, what was your favourite part? If you didn't, what books are you looking forward to reading in August?